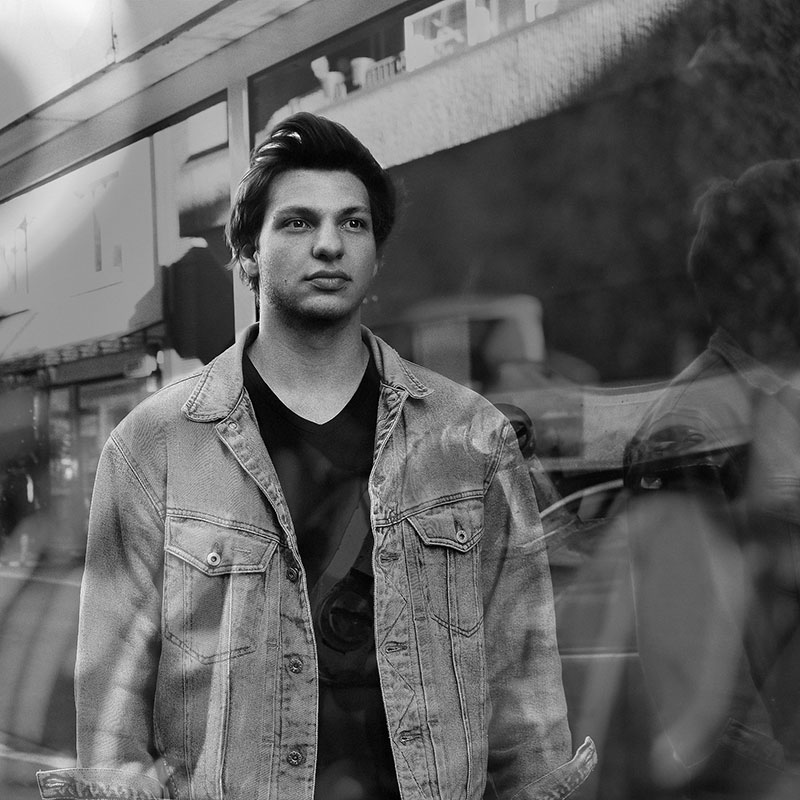 In October 2012, Maximilian Shaikh-Yousef entered the bachelor’s program at the Music School of Mainz (JGU), which he finished in February 2017. For three years he performed with the Hessian State Youth Jazz Orchestra, which brought him to many countries and music festivals like South Africa, USA, the Joy of Jazz and Rheingauer Musikfestival.
Meanwhile he started to focus more into arranging and writing music for different instrumentations. 2016 his composition Wald was one of the selected compositions of the BuJazzO composition competition.
Maximilian Shaikh-Yousef was the winner of the Frankfurt Jazz Award 2018. From the juries’ perspective, beside his abilities on saxophone and on flute his way of composing and arranging music is outstanding. One Year later Maximilian Shaikh-Yousef won the Young Munich Jazz Award with his quartet in November 2019.
In summer 2015 Maximilian Shaikh-Yousef started his carrier as bandleader with his own quartet called SH4iKH QUARTET. Besides him Lukas Moriz (piano), Bastian Weinig (double bass) and Leopold Ebert (drums) are the other musicians in this project. The music represents a mixture of Arabic sounds, combined with elements of modern and
contemporary jazz as well as classical literature. The distinct sound of the band is created through the musical language of the composer and the individual approach of each of its members.
One year later he founded his second project as leader called SH4iKH 9. This new band, which involves nine musicians, gives Maximilian Shaikh-Yousef the ability to write more orchestral without losing the approach of improvised music in every instrument. His quartet builds the basis of the band and he extends it with five more instruments.