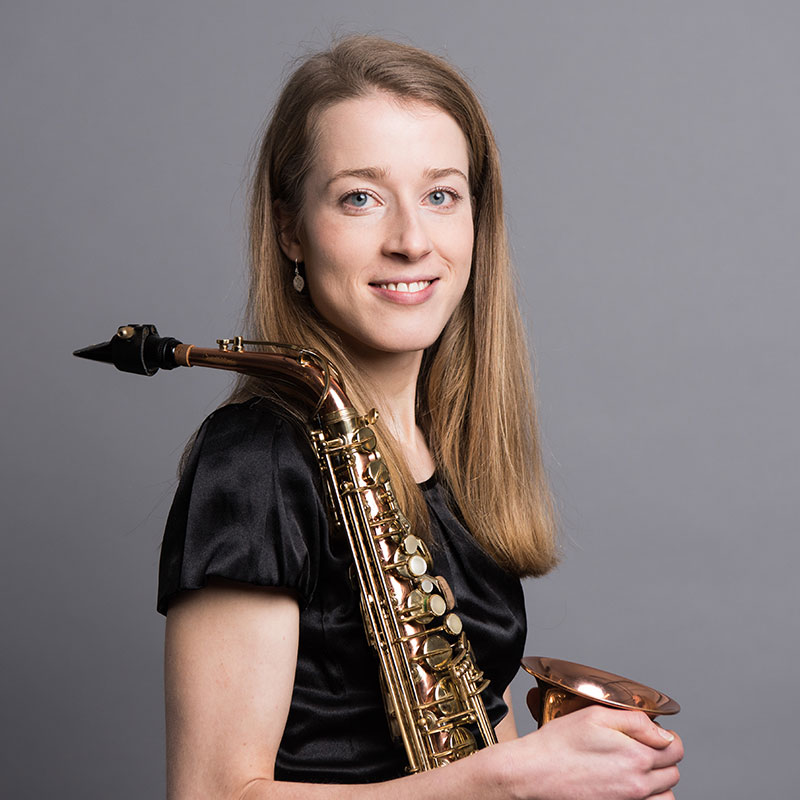 Dineke Nauta (1992, Leeuwarden, the Netherlands) started playing saxophone at the age of nine and was a student in the “Young Talent” program at the Prins Claus Conservatory in Groningen. She continued studying with Arno Bornkamp at the Conservatory of Amsterdam. In 2015 she completed her Bachelor studies successfully and in 2017 she received her Master’s degree. During her Master’s she took part in an exchange with the CRR de Versailles, France, receiving lessons with Vincent David.
In 2010, Dineke received a first prize in the regional final of the Dutch competition “Prinses Christina Concours” and a second prize and public award in the national finals. A year later she won first prize in the competition of the Dutch Foundation for Young Music Talent. In 2016 her participation in the ‘Andorra International Saxophone Competition’ was awarded with a sixth prize.
Dineke is a founding member of the Ebonit Saxophone Quartet. The quartet performed in the Concertgebouw in Amsterdam, De Singel in Antwerp, Musikverein in Vienna, Mozarteum in Salzburg, Konzerthaus in Berlin, Liszt Academy Solti Hall in Budapest and in festivals like the Verbier Festival (Switzerland), the Heidelberger Frühling and the Schleswig-Holstein Musik Festival (Germany).
Dineke is also a member of the Dutch Saxophone Octet with whom she recorded the successful transcription of Canto Ostinato by Simeon ten Holt.
From 2017 until 2019 Dineke received financial support from “Kralings Muziekfonds Stringendo”.
Dineke took part in masterclasses with, among others, Claude Delangle, Vincent David, Christian Wirth, Jean-Yves Fourmeau, Marcus Weiss, Jean-Marie Londeix, Timothy McAllister, Julien Petit and Otis Murphy.