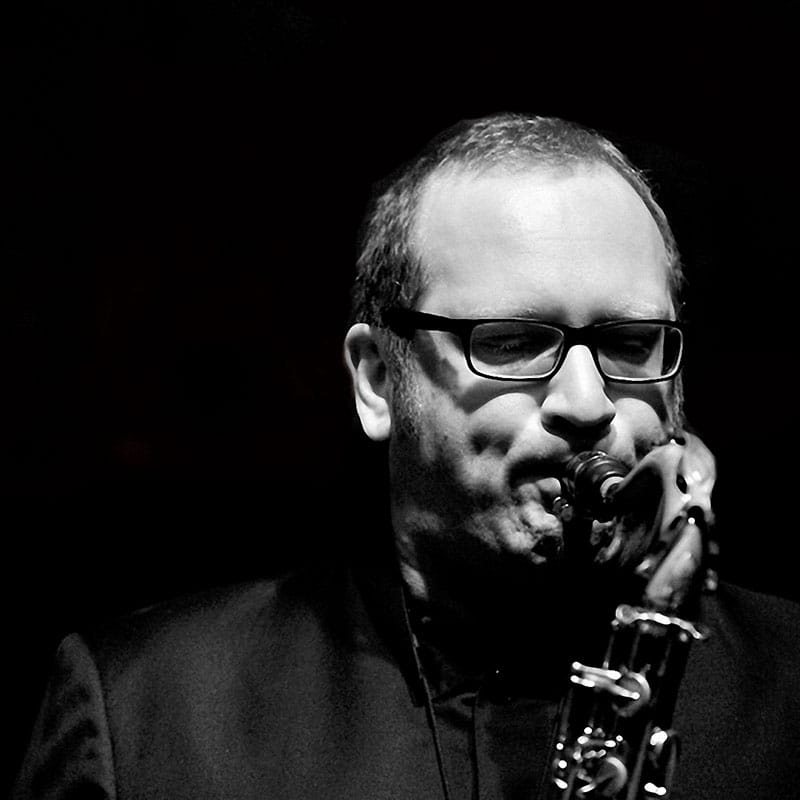 He was born in 1974 and grew up in different German cities. At the moment he is living in Cologne.
From 1995 to 1999 he studied classical saxophone at the Academy of Music in Dortmund, meanwhile he worked as an assistant teacher for sax students at the University in Dortmund. At the same time he played for the „Jugendjazzorchester Nordrhein-Westfalen“ (Youth Jazz Orchestra of North Rhine Westfalia).
Subsequent he studied from 1999 to 2002 jazz saxophone at the Folkwanghochschule in Essen. His teachers were Hugo Read and Matthias Nadolny. He finished both universities with a diploma.
He collected additional experiences at the International Jazz Festival in Gronau in 2000 and had entrances in Australia, England and France. In Germany he performed with WDR Big Band, Cologne Contemporary Jazz Orchestra Nils Wogram, Gwilym Simcock, Joachim Ulrich, Darcy James Argue, Jürgen Friedrich, Florian Ross, Frank Rheinshagen, Marko Lackner, Christoph Eidens, Niels Klein, Nicolas Simion, Sherisse Rogers, Martin Sasse, Sabine Kühlich, Frank Wunsch, Claudius Valk, Christina Fuchs Big Band, Christian Thomé, Caroline Thons Thoneline Orchestra.
Semi-finalist at the Montreux saxophone competition 2002.
Since 2000 he has got a lectureship for sax at the University of Dortmund and the University of Siegen.
Various concerts with broadcasting and records with different German and Swiss broadcasting companies.